TIA’s Bwesigye bwa Mwesigire looks at the prevalence of African Wear in East and West Africa and concludes that the law and political attitudes in Uganda and Kenya discourage the wearing of African clothes harsher than in Nigeria and Ghana.

It is a fact that Africans were not taught how to dress by colonisers. It is a fact that some African communities already had various forms of clothes, whether skins and hides (as in Kigezi) or bark-cloth (as in Buganda). Part of the colonial ideology was the labelling of the entire culture of the colonised as uncivilised. Thus clothes also became an ideological battlefield for superiority and inferiority. Despite attainment of political independence, cultural aspects of the colonial project have not been as scrutinised. Thus much of the colonial cultural ideology that enforces inferiority of African culture remains, this time enforced by postcolonial governments. No one is arguing that Africans should wear skins and hides and bark clothes, African fashion and dress has also evolved on its own terms, picking and dropping influences from other places and from within and thus, there is such a thing as contemporaneous African fashion that is neither a direct imitation of precolonial dress nor mimicry of colonial and contemporary European fashion. A contemporaneous culture has grown besides the sanctioned postcolonial condition, which most times as in the case of fashion serves an imperial purpose.

This article considers the prevalence and acceptance of African print, fashion, dress and designs in four African countries, two in East Africa (Kenya and Uganda) and two in West Africa (Ghana and Nigeria) to argue for conscious decolonisation of post-colonial dress and fashion cultures and the encouragement and adoption of contemporaneous African fashion and dress. We shall see that in some countries, political leaders directly encourage wearing African dress while in others it is illegal and considered indecent to wear African designs.

On arrival at Jomo Kenyatta and Entebbe International airports, an alien from Mars can be forgiven for thinking that Uganda and Kenya remain colonies of Britain to date. The immigration officials will be dressed in plain white or yellow or blue uniform and some dark trouser, be it black, navy blue or green and fully tucked in like colonial subjects of the 1940s. The fashion experience is remarkably different at Murtala Mohammed and Accra international airports. At the latter, you are met by a plethora of African traditional wear in many varieties and fewer ‘colonially’ dressed officials.

Outside the airports on the streets, in offices, in the four commercial capitals of these four countries, one is more likely to meet an ordinary citizen walking about doing their ordinary daily activities wearing African traditional wear (liberally defined) in Lagos and Accra than in Kampala and Nairobi. At the highest level of political authority, Uganda’s Yoweri Museveni will most likely be seen wearing a Western-style suit (almost always over-sized and looking quite shabby) at international, even Pan-African events than Nigeria’s Goodluck Jonathan who, like most previous Nigerian political leaders always wore traditional Nigerian wear at international events.

This acceptance of African wear in Ghana and Nigeria has limits too. Lolan Ekow Sagoe-Moses says that whereas parliamentarians wear traditional designs a lot, junior staff in their offices sometimes are barred from entering the parliamentary chamber without a tie. In courts of law, he tells me he has never seen a barrister turn up in anything but the classic suit, with a tie. He thinks that it would be frowned upon, after all judges still wear the wig! But this does not stop the country from having a national dress. Ghana’s national dress is the kente and bakatari for men and kaba and slit for women. This is however not by law. Lolan says that during President Kuffuor’s term of office, the government campaigned for people to wear attires made from locally designed fabric every Friday of the week thus many offices instituted a traditional dress on Friday rule. Newsreaders on Ghanaian television often wear clothes made from African fabric and credit their designers on air. There is however a gender lilt to this phenomenon. Women on average wear more clothes made of African fabric than men. All this happens, even though jeans and t-shirts are much cheaper than getting cloth, taking it to a tailor etc. But the price differences may determine why kente cloth for example is not worn as much as shirts sewn from batik/tie and dye material although the other reasons could be that kente is warm and heavy and preferred for ceremonies than ordinary day life.

Coming to Nigeria, Sodiq Oyedeji Alabi says that like in Ghana, there is no written, legal and formal national dress code for Nigerian leaders but the five civilian heads of government they have had since independence opted for traditional or non-European wear for reasons known to them. For this, civilian governments are referred to as the ‘ijoba alagbada’ in Yoruba which literally means ‘government of agbada wearers’, agbada being a popular Nigerian wear. But they wear more than agbada. Tafawa Balewa, Shehu Shagari and Musa Yaradua according to Sodiq wore the popular babariga and Obasanjo besides the agbada wore the sokoto on official functions. But this does not apply to the lawyers. In Nigeria, they still dress like 1950s British lawyers. Freedom of dress for lawyers is unheard of. Muslim women for example can’t wear hijab nor can Muslim men wear caps in court. Coming to the news anchors on television, the NTA, the state television leans towards Nigerian wear than Channels and AIT television stations that are privately owned and require their news anchors to wear suits.  Besides lawyers, bankers are also prohibited from wearing Nigerian attire except on dress-down Fridays, as it is considered casual. The Nigerian corporate space is highly culturally colonised compared to the nationalistic public political space in terms of dressing.

Nigeria is different from Ghana in one aspect. Here, on Fridays, the rule is that casual wear is allowed. So workers can choose Nigerian wear in that way but Sodiq says that they are certainly not encouraged, at least not in the south of the country. In the informal space however, Nigerian wear rules. Several men and women wear buba. Sokoto is specifically for men and iro for women. When I asked Sodiq for specific figures in terms of how many people wear Nigerian cloth than ‘European-style’ cloth, on a scale of one to ten, he told me that his estimate in the south would be seven out of ten and nine out of ten for the north.

In terms of pricing, he says that it costs around 4000Naira to make an Ankara buba and sokoto while a European style t-shirt costs about 3000Naira. In terms of contributions to the economy, one would think that such a big market means that local production is good since there is a lot of demand. But Sodiq bursts the bubble. He says that the Nigerian textile industry is comatose. That Ankara, lace and other materials are imported from China and elsewhere although the dress making/tailoring still makes a significant contribution to the economy. We conclude that Nigeria needs to revive its textile companies and discourage ready-made imported clothes that local tailors make no money on.

We move to Kenya. Gilbert Mitullah says Kenyans never seem to agree on a national dress code. He says that bids to designate a national dress code in Kenya keep flopping. But there is a law that explains in detail what advocates can wear and can’t wear. Only a dark coloured suit and dark print tie with black or brown shoes are allowed. With an exception of religious clothes. So, seeing an opportunity, I ask if African wear can be worn as religious clothes and Gilbert is quick to tell me that no religion has the thing designated as its wear. The Chief Justice discourages the wigs for the judges but this is not the same as allowing African print as formal wear. In parliament however, female parliamentarians, Gilbert says, wear African print designs all the time. But never the males. And on television? I ask. Do newsreaders wear African print? It is not formal. But there is a Kitenge festival in Nairobi and most fashion events and brands incorporate African print. People wear only kitenge, buy and sell kitenge fabric, clothes, beaded shoes, and ornaments during the festival but all this is seen as informal and casual. Does Gilbert see the kitenge seeping through formal spaces? Unfortunately not. He says that whenever he wears African print bow ties with suits, people stare.

I do not know if Kenya is worse than Uganda in ostracising, informalising and pushing African wear to the margins. A well-known military Member of Parliament, who also is a practicing artist, Gen. Elly Tumwine was once sent away from Parliament for indecent dressing after turning up wearing a kitenge shirt! In 2013, the same parliament made rules for journalists covering parliament and the kitenge was included among prohibited attire. Like Ghana, Nigeria and Kenya, lawyerly professional dress is colonial British stuff, with the wigs in tow. The only television news anchors who wear something African, something traditional read local language news, on stations targeting lower class audiences.

But in popular culture, in East Africa generally, things are beginning to change. Ugandan musician artist Rema in her music video for Mchuzi, Chameleone in Wale Wale, Sauti Sol in Nikushike, Sura Yako and others use African wear, which is a good sign. One hopes that demand for African print designs and clothes will increase in East Africa to the levels we see in West Africa. It is possible to defeat the colonial dress frame of state-craft and decolonize the meaning of formality, which presently is in many ways synonymous with colonial.

via This Is Africa 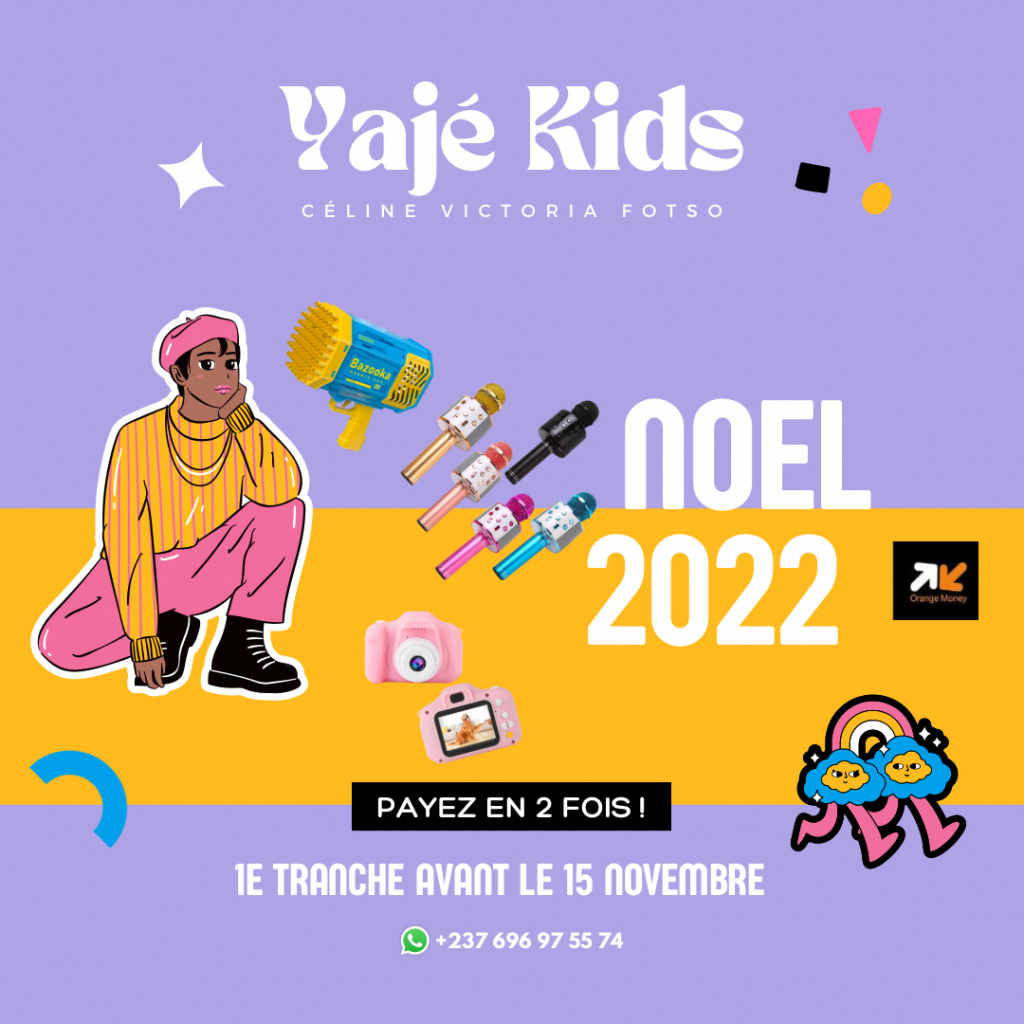